I’m sure everybody knows or at least has heard about Instragram. The most famous app to give your photos some nice effects. However, anyone who has not a smartphone or tablet, or rather prefers to edit his pictures on the PC, should have a look at pixlr-o-matic. The only requirement is a browser with Flash support, but that should indeed be easier and cheaper to procure than a smartphone or tablet. ;)
So you can imagine how the whole thing works, I made you some screenshots. Let’s go! 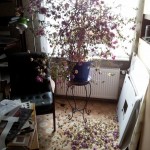 This image serves as sample picture. (If one wants to know where it’s been – it’s at my grandpa’s house.) 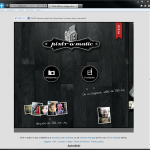 By clicking “Upload” you go. 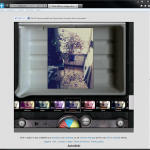 In the first step, you can choose between […] 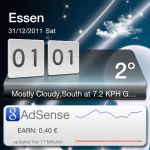 For some time I use Google Adsense on this blog. Ok, it’s definitely not the big win, but a penny saved is a penny earned. But how to stay up to date on your Google Adsense earnings?
As an Android user I have of course searched in Googles Appmarket and was again disabused that free apps in many cases aren’t inferior to paid apps  in any way. But let’s get down to business.
The app that I like to show you, to overview your income, is called Adsense Dashboard and can be downloaded for free from the Android Market. Also aboard is a great widget which can be seen on the left-hand screenshot.
The main view of the app consists of four pages/panels. One with a total overview, one with a visualization of your click-through rates and revenue, one with the receipts […]

How about a crossword puzzle for programmers? One in which the searched words are not described by reference words, but by regular expressions. That’s what I call a crossword. And so I got immediately enthusiastic about the regular expression crossword from this years MIT Mystery Hunt when a friend pointed it to me. (The Mystery Hunt is a competition that is arranged for more than 30 years, held every year at MIT and in which it comes to solve a whole bunch of puzzles.)
One part of this year’s MIT Mystery Hunt is the just mentioned crossword which is titled “A regular Crossword”. Contrary to classical crosswords there are three descriptive directions. The horizontal and two diagonal. Each direction is described by a regular expression.
And now to the puzzle. You can download it as PDF file on the MIT Coinheist page. Alternatively, I’ve saved a copy on my server. 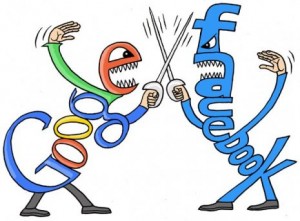 At first there was Facebook. But now there’s Google Plus. And yeah, I like it. But what is a social network without contacts? Probably nothing. But who thinks, Facebook contacts can be easily transfered to Google, is on the wrong way.
For a short time there was this plugin for the Chrome browser, named Friend Exporter, which has taken over the job very well. However, this was quickly blocked by Facebook. But there is another way that I want to show you below.
How to export your Facebook friends and import them in Google Plus
The workaround to import the contacts works with the help of Yahoo mail. If you have no account there, then you can just create one here. It’s free and takes less than 2 minutes.
You have a Yahoo mail account? Then you can just go on […]