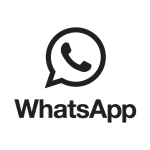 Whatsapp, one of the most widely used messengers for mobile devices, should be known to the most people. I myself use Whatsapp since one and a half years and I have always been satisfied. I never had problems with messages send too late or something similar. Even money I had to pay not yet. And as my smartphone phone contract brings an internet flatrate with it, Whatsapp is a free alternative to SMS for me, which I don’t want to miss anymore.

Well now the payment model of whatsapp should indeed be known. iOS users pay once for the app – users of other systems, so as Android, BlackBerry and Windows Phone, get the app for free, but will be prompted after one year to pay for the service. The annual fee is then close to 1$. Even so I could live with. If you write at least one SMS a month, you would already gain.

But what really bothers me though, is the fact that the previous Paypal payment option has now been removed from the Android app. From the current version on, it can be paid only via in-app purchase. And therefore you have to register a credit card in Goolgles Play Store. However, I have no credit card and don’t want to get one in the next time. So far I lived very well without. Apps can be also be bought in alternative stores such as Androidpit. There you get a 24-hour return policy. So far I am still in the free trial of Whatsapp. What happens after that, I have to think about.

Another problem with Whatsapp is security. Several times Whatsapp’s security has been reported and criticized. For my part I can say that I see it more as a minor problem, since I don’t send any kind of sensitive data via Whatsapp. Sure you can say that this is a pretty lax approach, but I neither do banking nor any other saftey-related parts on Whatsapp.

Still, I would not be averse to switch my default messenger. Only due to the limited payment options. But so far, I shrink back from it. Not that there were no viable alternatives, but rather all the people with whom I am in regular contact, use Whatsapp. Even if I make the change, it is nearly impossible to convince all my contacts to switch, too. And what is the best messenger good for, if nobody is there to chat with.

And so I assume that I will stay with Whatsapp also the next months. Even though I’d love to move on to the next messenger.

What do you think? Which messenger do you use and what’s your point of view concerning Whatsapp?