Today, I want to show you an application for Linux, which at least in my eyes, is very helpful for you daily work. It is called Synapse and is an application launcher for Linux.
By using a specified key combination, by default ctrl+spacebar, you can open a smart-looking input mask. In this input mask you can enter not only the names of applications you want to start, but just about everything you can think of. When typing, Synapse scans your files in real-time and shows you all possible results.
If you enter for example the first letters of a songname,  so Synapse suggests you to either open the song in a media player, queue it up on the media player or to open the folder which contains the song.
Also every text you put into the search mask, can be used as query to Google. Programs may also be started. As you’ll have […]

Today I was faced with the question of how to manage the autostart of applications on Linux Mint. At last there’s no startup folder on Linux as it is on Windows.
To put it in a nutshell. To manage startup applications is as easy as any other experience with Linux Mint.

Press ALT+F2 (this hotkey opens the “Run command”-window)
Write “gnome-session-properties” into the run command textbox and press the enter key. 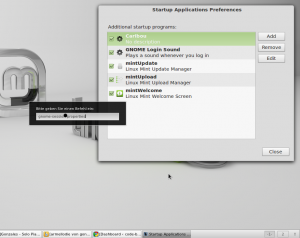 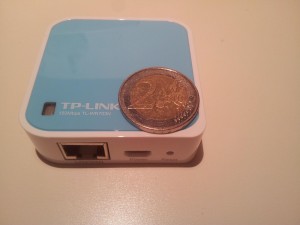 For one of my projects I was looking for a router that runs OpenWrt. But the all time classic of these type of routers, the Lynksys WRT54GL, is definitely too expensive in my opinion and so I searched a for a cheaper alternative. And I found it.
The TP-Link WR703N is a really small router, which can be powered by USB and also can be flashed with OpenWrt.
An unbeatable argument for the TP-Link is in my opinion the price. So I think you will rarely find a new OpenWRT compatible router for less than $20. I bought mine on eBay for ~22$ including shipping, but at the moment the US prices are a little bit lower. I also added some pictures from the unboxing at the end of this blog post.
Where can I buy the TP-Link WR703N?

Wunderlist is a tool for task management, which I use regularly. However, since I generally prefer native applications to web-based, the Wunderlist software also got it’s place on my Linux Mint system.
Unfortunately, I couldn’t find the Wunderlist client in Linux Mint’s software center, so I tried to install it manually, which ended in a big fail.
After intense googling, I found the a script on Pastebin and changed it in 03/2013. Although this was initially written for Ubuntu, it works fine under the Linux Mint environment.
For installation you just need to save the script in a file with the extension “. sh” and execute it in the shell by help of the following two commands.