For a current project I must generate a large number of MD5 hashes. I explicitly don’t want to discuss the meaning and security of MD5 hashes in this article, but rather concern myself with the question on how to generate MD5 hashes as fast as possible using C#.
The. NET Framework itself provides a class for creating MD5 hashes, which after the first attempts seemed a little slow to me. So I began to search for alternative classes and/or functions and came across a class of Syed Faraz Mahmood. His class is a manual implementation of the RFC 1321 (“The MD5 Message-Digest Algorithm”). The class can be downloaded for free on his blog.
The test environment
For the test I created six lists (List<int>) with many different numbers. Each with 1,000, 10,000, 50,000, 100,000, 1,000,000 and 10,000,000 elements.
All lists were run complete for both methods (MD5 .NET framework implementation & manual MD5 implementation) and […]

Today there is again a bit of C# code. I’m writing about how you can create video files in C # from individual images or bitmaps. Using the AForge library, which I have used in the already in the C# webcam tutorial, this is going to be relatively simple.
Preparations
For the following tutorial you need the AForge.Video.FFMPEG.dll library and its FFMPEG libraries. Both can be found by clicking the below link. On the downloadpage you have to select that .zip-file, which contains “(libs only)” in it’s filename.

Now open your Visual Studio or an alternative program, that you want to use to write your program. (For the following tutorial I’m using Visual Studio.)
Create a project
Next you create a new project, I decided on a WinForms project, and wait until the […]

During my search for a function to rotate images in C#, I came across the following post on dotnet-snippets.de: rotate images with C #.
Besides the method presented in the article there were 2 other approaches presented in the comments and so the question was: which method is the fastest of them.
Since this also awakened my interest, I wrote a small test application which checks every of those functions for their performance.
After a few test runs, it became clear that the original solution from the above mentioned post was not suitable because it created a new bitmap every run, what eats tons of memory. Thus, the following function has been excluded from the tests. 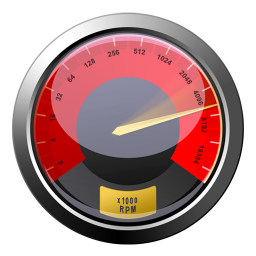 Those who work with the. NET framework and occasionally used the HttpWebRequest class, may have stumbled about the phenomenon that it seems to be quite slow in some cases. Especially if you use HttpWebRequest in combination with threading to get responses as quick as possible, the HttpWebRequest class quickly becomes a party pooper.
Initially you might assume that the problems rely on the Internet connection, but at least after a speed comparison with wget or curl, you should recognize that the “problem” must be at the. NET implementation.
[aawp box=”1491927062″ template=”list”]In the following article I will focus on three points that can help you, to speed up the HttpWebRequests class.