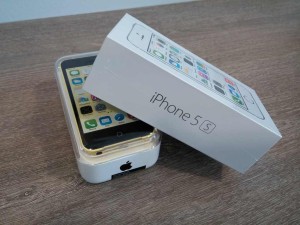 Among the first 1000 commenters here on the blog, I will give away 10 brand-new iPhone 5S *. To enter the contest you have only two thing to do. Write a comment below this article and like my Facebook page. In the next hours I also will post two more tasks on Facebook which will raise your chance to win one of the iPhones. The first task will be: “Like this, if you ever had a cold.” and finally the second upcoming task will be a survey with the following question: “If you are a men, like this – if you are a woman share this”. And always stay tuned because next month I will give away even 100 MacBook Pros*. And so it goes with the social media, am I right?

Now let’s face it – of course I won’t give away anything! Neither 10 iPhones, nor 100 MacBooks and even not 500 Peruvian guinea pigs or my stamp collection. (From which money should I buy all those stuff?) And yes, the introduction is provocative and no, I couldn’t resist that.

What I really want, is to talk about these unspeakably stupid pseudo-competitions which are held regularly on Facebook. I mean those “If you like this, you will win one of 20000 iPhones!”-contest. If any people with too much free time feel the need to start totally unrealistic, Brand Infringing and bordering on fraud competitions, whose content consists mainly of “Like XYZ and share my new page”, then normally I would say: “Hey let them do what they want, I don’t care about…”.

But what really shocks me every time afresh is the naivety of people who still fall for it. I actually thought that my contacts on Facebook are formed to in the extent that they do not fall for such meshes and scams. Sadly, I still get messages ala ” XYZ likes ‘5000 iPhones for the first 5000 likes’ ” into my Facebook timeline again and again – and often it involves people who are stuck in the middle of their studies. (This does not mean that I see a degree as a prerequisite for common sense, but just from students I actually expect a more critical and questioning attitude.)

I always ask myself the following question – “Why does someone like such obviously fake sites” – And now I’ve set the following theories:

No matter how I turn it, none of the assumptions can be a good sign for supporters of such Facebook pages. Since then, one only remains the possibility to sit down and pray for the people or just withdraw the friend request on Facebook. The only people who benefit from these “sweepstakes”, are the operators who sell the Facebook pages (if they have enough Likes) a few days later on eBay to lowbrow “Social Media Managers”. That such a site is actually worthless because the Likes come from a very different context and visitors remove the likes when they realize that there is nothing to win, for sure isn’t mentioned in eBay auctions description…

So all in all I please you to loudly read out the following sentences in an almost mantra-like audition:

There isn’t much more I have to say about this topic for now. What do you think about it? Do you also have such “candidates” in your friends list, who taking part in such contests or do you take part in it yourself? If so, please tell me why do you join such fake contests? I would love to understand what drives a human to take part in such competitions. Really!

* Also at this point again – I will not give away neither iPhones nor MacBook Pros. The introduction of the article serves as a “sarcastic rhetorical device” to draw attention to the overall problem.

The article picture is taken by John Karakatsanis and released to the public under the CC BY-SA 2.0 License and can be found here.