New week, new episode of “Best of Web”. This time I have prepared myself in time, so I could publish the article for this week even before the late evening. One learns to do so.

Today there is again a more “colorful” mix than last week – in other words, not just software topics. Among other things a Turing machine out of LEGO, a few practical tips for SublimeText users and some stuff out of the programmers corner.

I hope you enjoy reading and now I give the “ring-free” for the link tips of the week.

That there is available the one or the other useful tool in Windows, which is not found right away, each should be clear about. From the remote assistance solution, up to the “God Mode” – there are a lot tools which are really good “hidden” in the system. What I have learned this week, is how to make use of the “powercfg” tool and all it’s possibilities. This tool can not only display the possible sleep states of your pc or notebook, but also is able to create a detailed battery report. (Including residual capacity in mWh, system events, power source and battery status.) Two weeks I really needed such a tool, but didn’t know about powercfg. Now and for the next time I know it better. More about the PowerCFG tool is available at Scott Hanselman’s blog.

Turing machine out of LEGO

The next topic is a mixture of theoretical computer science and practical life. A group of computer science students of the Ecole Normale Supérieure de Lyon has built a Turing machine which works completely without electrical components. It is implemented in LEGO and utilizes the particular Pneumatic components of the LEGO technic series. The Turing machine consists of over 20,000 LEGO parts and used a total of 50 m pneumatic tube. Everybody who once had to do with LEGO, will know in what order of magnitude such a project is located. A short article and a video that shows the machine in action can be found here.

How to get the build date of .NET assemblies

How to actually find out the build date of a .NET assembly? In the internet there are several discussions and approaches and most of them claim to be the right approach. Among these are solutions that go back to the version number/build number and those who rely on the modification date of the assembly file.

A very different and technical approach is shown by Jeff Atwood on his blog. He accesses the PE header and reads the linker timestamp out of it. I think the solution is equally impressive as creative, which is the main reason why Jeff’s article got featured by me this week.

Get more efficient while working with SublimeText 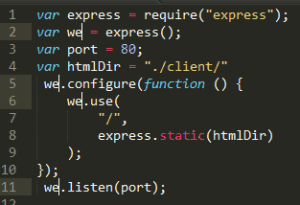 Formerly I was an advocate of the Notepad++ editor. Meanwhile, this has changed somewhat. So if I get asked for my favorite text editor, I answer with: “SublimeText”. This editor simply is  plugged full of wonderful features and still doesn’t look cluttered in anyway. Another feature that I did not know until last week, is presented by Kai Gloth in his blog. This is about an elegant way to replace textparts without using the  classical “search and replace” function. Curious? Then along here.

Anyone who reads my blog carefully, may have noticed that from time to time I’m working with the Arduino. If you want to save some of the Arduino’s rather limited pins, you probably will fall back on the SPI bus. How you can connect and use multiple devices aka slaves on the SPI bus, is what Oleg Mazurov explained on circuits@home. In his article he describes clearly what pitfalls to get around and how to operate multiple devices on the Arduino SPI bus.

The Simpsons in “The Hobbit”

As done in every week before, there will be also today a little video clip at the end of this article. It is, as also for the Breaking Bad clip, a so-called “couch gag” of The Simpsons. This time, however, they just do not cook the drugs, but behave as actors in “The Hobbit”.